6 (Digital) Marketing Lessons We Can Learn From F.R.I.E.N.D.S

Possibly the most popular sitcom of all time, a comedy about us, people, which has never failed to miss the mark. Although it’s turning 26 years in 2021, and we can't stop watching it, we can still learn from it.

Let’s take a look at 6 (digital) marketing lessons that we can draw from the Emmy-winning television series’ unparalleled success.

One of the first and most important lessons in marketing is to have a deep understanding of your audience. Know who is the person you produce to, what they like, what emotions they have, besides the demographical data you access.

FRIENDS nailed this concept from day one.

The characters aren’t perfect at all, not living the polished American dream, they’re pretty much flawed and trying to get through life – just like the rest of us. Ross plays the unlucky guy, Rachel just escaped from a life her parents planned out for her, Joey struggles with acting and making a living, Phoebe has no family, Monica is OCD, Chandler comes from a traumatized childhood.

They are special for us because they are not heroes, but ordinary. And this makes them relatable. We love them because they could be our friends, they are like us.

What’s even more important than knowing your target group is measuring the success of the content. This way you can validate your assumptions you made on the audience. Always A/B test your emails and ads to get a closer look what works and what doesn't.

If something doesn't seem to perform, take the learning, go one step back and refine your content strategy. If there is positive feedback on a piece of content from the audience’s side – make a note, and do more of it.

People loved Monica and Chandler as a romantic couple. But did you know that they were originally planned to be a short term fling only? However, the audience’s response for the couple was unusually positive. Guess what? The show-makers were listening, and the duo became iconic.

3. Leverage the power of influencers

Or how they called them back in the 90’s: stars. Celebrities.

As we know influencers allow brands to reach out to a new audience, those who already trust and love those.

FRIENDS used this marketing tactic before its time. The series had multiple guest stars – cameos – throughout the 10 seasons, including biggies like Brad Pitt, Julia Roberts, George Clooney, Bruce Willies, Charlie Sheen and more.

These characters were naturally built into the storyline. Never looked forced. Brands should act this seamlessly when it comes to thinking of influencers pairing to content strategy. Although, they predict influencers will lose from their effectiveness in the near future, if you plan out the project properly, we still have more pro arguments than con ones.

Holding back information when it comes to advertising sounds absurd. However, curiosity is something that can draw even more attention. Suppressing makes people want to stick around and find out what the hidden secret is.

FRIENDS makers created a good storyline of keeping the viewers guessing whether Ross and Rachel would end up for 10 whole years.

If you execute it right, you can use mysteries for product launch advertisements, storytelling and so much more. Keep the tension high and do a reveal that justifies the hype built. A teaser campaign is a good tool for creating excitement. As a part of it, set up an Instagram story sequence by using question stickers and sneak peeks on what the new innovation of your brand could be.

Once you identify your audience, dip deeper into what makes them unique, how they think and what events they pay attention to.

Again, FRIENDS is famous for its special Thanksgiving episodes they aired at every festive season. These episodes matched the moods of the public perfectly.

As a marketer you should keep an eye not only on traditional seasonal events, but whatever becomes part of the recent news or gain cultural awareness. When it comes to managing social media, it is crucial to have an emotional IQ and react to the circumstances sensitively. Have a voice on important cultural matters, such as the Black Live Matters movement and be extremely empathic throughout a pandemic.

6. Consistency is not only key but the locker itself

Most commonly we see the tip of the iceberg, and think “it went viral easy”. But sometimes we forget what we can't see: the months or weeks worth planning, consumer research and data analysis. So keep going and be consistent when it comes to sharing content. Schedule a social calendar and put a motto on it: progress over perfection!

Even though FRIENDS gained an emblematic status and an insane following base, it wasn't predicted to be this fantastic initially, namely the critique reviews mentioned 'average' when it just started.

However, the creators kept at it, held to the storyline twisted enough for 10 years, till the FRIENDS finale in 2004 with 52.46 million viewers, making it one of the most watched final episodes of a TV series in history.

For some further coaching on how to grow into a successful digital entrepreneur, have a look at our upcoming bootcamps here hosted by excellent professionals, or have a read of our case studies.

Liked by Michael Alvaro and 1 other

In STANDOUT you can ask and answer questions and share your experience with others! 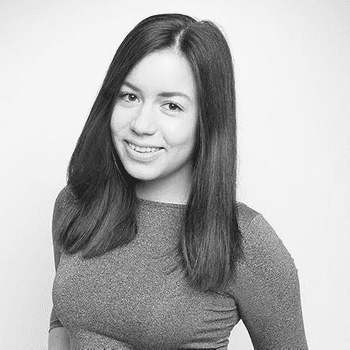 Guys, I'm curious of your feedback! Type below 👇 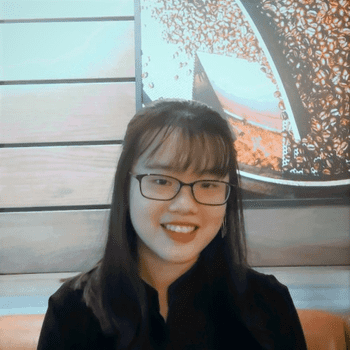 Wow, a new and very interesting perspective you brought in this writing. Love it! :)

Thank you Alice! Glad you liked :)